Apptio builds SaaS applications that help IT and finance leaders manage, plan, and optimise technology investments. The company grew its business by empowering sales territories to operate as “franchises” so regional sales teams could develop individual approaches in order to maximise the local market opportunity within their regions.

As a result, content was either highly customised by each rep for every sales engagement or, on the other extreme, stored on rep’s local drives and not regularly updated.

As Apptio’s growth accelerated, company leadership recognised the need to scale in a more programmatic and predictable way. They were looking for: 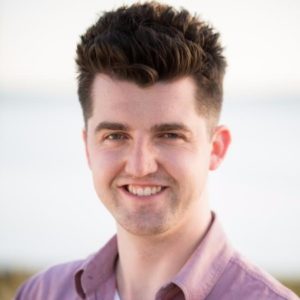 Recognising their need could only be met by bringing in a purpose-built sales enablement platform, Apptio decided to invest in a competitive solution. It took them several months to configure and implement the solution, and it required custom scripting to work with SharePoint. After months readying the system for rollout, the Apptio team was still struggling to get sales reps to use the new system.

Because the competitive solution’s approach to content organisation was no different than a typical file and folder architecture, the ability for reps to browse for content was left unsolved. This, combined with weak search functionality, meant that Apptio was unable to make meaningful progress on their primary use cases.

Worse, the competitive solution’s search capacity was actually less robust than the solutions Apptio hoped to migrate away from, including SharePoint and OneDrive, among others. Reps fell back into their old behaviour of searching for content on Apptio’s internal SharePoint portal, or they resorted to the files they kept on their local drives. In addition to Highspot’s sales use cases, Highspot’s Spot architecture provided the Apptio team with a better way to organise and manage content. Furthermore, Highspot delivered easy integration with Apptio’s other technological investments, including Salesforce, Allego, Outreach, and SharePoint. Most importantly, everything in Highspot is measured so Apptio’s sales enablement team knows whether reps have completed training, have adopted new sales plays, and are using the latest and best content. Highspot’s analytics also inform the marketing and enablement teams about what content is being used and what’s most effective at driving prospect engagement. This allows the teams to better optimise content investment and prioritise enablement activities.

Highspot has played a critical role in creating go-to-market alignment across all customer-facing roles within the organisation. Customer services, professional services, customer support, account management, solutions consulting, and partner teams now have access to the same kind of customer-facing content that the sales team does, creating a cohesive go-to-market approach across the company.