Powerful Ways to Create a Company Culture that Works Our leadership team actively discusses how we can continue to construct a culture that not only feels good, but works to help people get their jobs done. We’ve made good progress, which recently was recognized with a clean sweep of the 2018 Comparably Awards. The final data set was compiled from nearly 10 million ratings across 50,000 U.S. companies on Comparably.com. Highspot earned recognition in the following categories: Best Company Culture, Best Company for Women, Best Company for Diversity, and Best CEO.

As gratifying as it is to be recognised, it does not mean that the work is over. It is simply fuel for the fire that drives us to constantly improve.

People are unique, and creating a culture that serves everyone is challenging. At Highspot’s beginning, our leadership team wanted to create a place where people were encouraged to be their best and do that in a way that supported diversity in terms of everything from gender to origin to approach to personality. Bringing different perspectives together makes for a richer culture, which has a positive ripple effect throughout the company, product, and customer experience.

With this in mind, we formed three components that together made up the foundation upon which we built our core company culture.

The first foundational piece is respect. Respect is the cornerstone of any productive, enjoyable workplace and should be expressed during every engagement. Highspot was built upon the notion of “Most Respectful Interaction” (MRI), which promotes an environment where people feel comfortable expressing themselves. This safe space leads to free-flowing ideas and makes it possible for a product intern’s initial thoughts to transform into the company’s latest feature release.

The second component is valuing well-defined roles, responsibilities, and processes. To perform optimally, employees need a clear way to get things done on their own teams and cross-functionally. It is much easier to thrive in an environment where people know what is expected of themselves and others.

Finally, the third component is a culture that places a deep emphasis on collaboration and not on hierarchy. The best work is accomplished when people come together to solve problems, rather than a single person creating a draft and then sending it up the chain for review. The most innovative ideas are often born from a melding of minds and distinct perspectives.

When these three pieces come together, it creates a culture that inspires and stretches people to do amazing things. We see the tangible outcomes of this every day, from our high employee retention rates to our attraction of the industry’s best and brightest.

At the end of the day, culture is not just about values, but how those values are implemented to help people be the best versions of themselves, love what they do, and feel proud of what they create. If this sounds like the culture for you, explore our open roles today!

Robert is Highspot’s co-founder and CEO, leading our mission to transform the way that millions of people work. Prior to founding Highspot in 2012, Robert spent more than 15 years as Corporate Vice President of the Server and Tools Division at Microsoft. A veteran entrepreneur, he also co-founded Colusa, a cross-language virtual machine that was acquired by Microsoft in 1996. 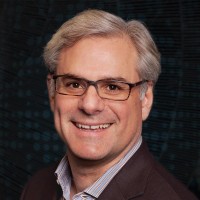