From Microsoft, to Adobe, to Highspot – Why I Joined as Highspot’s First CMO Over the course of the eight weeks I spent meeting with venture capitalists, mentors, and more than 12 companies during my career search, one conversation really stood out. An interviewer said to me, “The right opportunity is going to present itself – and when it does, you’ll just know it.”

In the days that followed, I noticed something interesting. In my free time, I was building out business plans for Highspot’s international expansion. I wasn’t working at Highspot yet, but already my mind was churning with ideas for how to help drive the next wave of growth.

What played into Highspot’s impactful impression on me as a candidate? It was more than the sales enablement category growth, the caliber of the leadership team, and the numerous company awards including the SIIA CODiE Award for Best Sales Enablement Platform and the MarTech Breakthrough Award for Best Overall Sales Enablement Solution. Three factors played a pivotal role in making this career decision one I could make with confidence and conviction: the product, the customers, and the culture.

For nearly the entirety of my marketing career, I’ve been working to solve the challenge of enabling sales teams. This began in the early 1990s, when I was the “demo guy” for Microsoft’s Windows NT. How could I enable 3,000 Microsoft sales representatives around the world to effectively engage buyers with a compelling demo and impactful sales presentations? Highspot’s solution would have been the answer.

With an elegant design and industry-leading AI, Highspot makes it dramatically easier for sales reps to find the content that works and engage their customers with a modern, personalised experience. Ultimately, I fell in love with the product, and I was thrilled by the idea of working at a company that uniquely addressed issues I’ve personally faced for years – okay, decades – as a marketer.

One of my first jobs out of college was working in customer support at Microsoft. Spending eight hours a day with frustrated users cemented within me a customer-first mindset. It also gave me the belief that software should empower customers and proactively help solve their problems. This is exactly what Highspot does.

From the very beginning, Highspot built a solution that was designed from the ground-up to delight marketers and sales reps. The result has been rapid adoption by global organisations including Aetna, Amazon, Twitter, Workday, and hundreds more. It’s a customer base that I’m passionate about serving, and I look forward to bringing Highspot’s solution to more leading companies around the world.

As a job candidate, it’s common to feel out of place or intimidated while sitting in the lobby waiting for an interview to begin. This was not the case at Highspot. The frequency at which employees introduced themselves and said, “Welcome! Can I get you anything?” made for a warm, inviting environment. These interactions spoke volumes about who Highspot’s people are and the award-winning culture they have created. Highspot has attracted best-in-class professionals who value authenticity, transparency, “getting stuff done,” and real collaboration, making the company one of LinkedIn’s Top 50 Startups in the U.S.

From the company’s founding, Highspot’s leadership team has nurtured an environment where employees are stretched to do their best work, encouraged to take risks, think outside the box, and do what’s never been done. A great case in point is Haley Katsman, the Vice President of Account Development. During my interview with her, I learned that Haley started four years ago as an individual contributor, qualifying leads for the sales team. Hard work, passion, and dedication quickly earned her recognition and career advancement, and now she’s a key player on the leadership team. This is the kind of company that I want to work with.

I’m honoured to join such a great team, with a product that is the hands-down innovation leader in the category. We’re poised to drive the next wave of growth and bring the industry’s most advanced solution to sales and marketing teams everywhere. And yes, we’re hiring!

Jon leads marketing, community and the partner ecosystem. Jon directed numerous go-to-market teams over 18 years at Microsoft, including a tenure as general manager of business operations for Microsoft’s international headquarters in Paris, France. Prior to Highspot, Jon served as vice president of the Adobe Document Cloud. 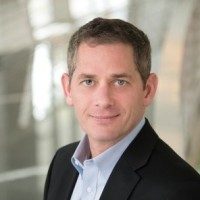